Just like this. It began. It Diminished & came back. It feels like rules of quantum mechanics. Appearance of something from the absolute nothing. It’s dead at the same time it’s alive. It’s the material. The material that at its nano scale posses the different behavior than that of its micro and macro scale respectively. There is no end yet its no trap. These are parallel reflections going on and on, till the eternity.

Everything ends at you, and begins too. The actions we make build the surrounding around us. The moment we take a halt from our customary sight to look world, we can feel this reflections. Insane. There is a term in a world of computer science as neural networks. Basically they are associated with deep learning and machine learning which are eventually used to build an artificial brain. These neural networks are trained to deal with different scenarios. Scenarios can be random, particular or new. These networks are trained in such fashion that they are not just simply encountered with problems and read it but also have ability to tackle them. This process is slow. They need training to find the most appropriate way, but they do find. Thus this neural network ends up being an artificial network with ability to think wisely. That’s how the human brain grows right? Learning from mistakes, experience with time. These neural networks tho have limitations unlike our brain. All the magnificent leaders of gigantic firm find it risky to let this neural networks learn without any form of restrictions. Learning brings Liberty. Where there is liberty you can always expect some spicy moves, unorthodox. Leaders have fear of technology taking over humanity but partially technology did it already.

The study of all neural network working simultaneously making decisions with getting better is outstanding example of parallel reflections. For neural network the whole world is data and their decision is shaping the world around them. Neural networks, independently thinking about their administrator is exactly same as, our thinking of existence into this relative world.

Einstein is the smartest man on planet in past centuries. Not just theoretically but practically with help of numbers, he proved the world is relative. Newton the man of thunder mind, born on thunder night, shaped a strong universal law that asserts every action has an equal and opposite reaction. When we study this structure together to relate it back with our life, we again see the parallel reflections. With our every next move, every next world is ready, standing firm yet the reality of decisions stay fuzzy. 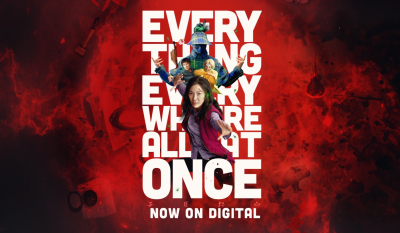 The author wrote the review of the movie "Everything Everywhere All At Once". Click here to read it in detail.

Hola! Today I wrote about my experience at the networking which was event held at DevX mumbai. Click here to read it in detail.

I have written my review on the web series "The Boys" created by Amazon Prime. Click here to read it. No spoilers.